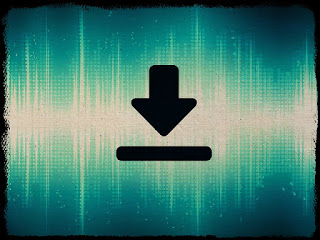 The future of gaming may indeed be digital delivery. While Blu-ray is still the most popular choice for console gaming publishers prefer digital downloads. Digital downloads allow publishers to keep a game fresh longer with extra downloadable content like maps, new items and fixes for online play. It would also stop the practice of sharing games among friends though as each download would only be valid for one console. Digital downloads would also have a massive effect on used game sellers like GameStop, Amazon and eBay. You will find more statistics at Statista

If you've browsed the video game section on eBay lately (especially the PC category) then you've probably noticed something strange. Sellers are selling digital copies of complete games. More accurately they are selling download codes from markets like EA's Origin.com or  even Amazon.com. Anyone can open an account on these site and try to sell the the codes for more on eBay. Much like drop shipping the seller might only buy a download code if the listing was successful. A seller may also wait until a special sale to buy a code and then try to resell it after the sale had ended. However, is all this allowed by eBay's strict TOS and what potential pitfalls could there be?

eBay's Digital Product Policy is quite clear that any item that is delivered digitally must be listed in Everything Else>Classifieds. You and I both know that not many games would sell that way however. In fact most sellers are selling these download codes alongside physical copies. So how are they doing it? It's simple really although eBay's terms restrict items delivered digitally they don't restrict those same items if delivered by USPS. For example a PDF book delivered by email would be restricted however a CD with a PDF file on it delivered by USPS would not be. So what many are doing is delivering the game code through the mail (although I have seen some offers to email this is clearly against eBay policy). By using delivery confirmation you can also protect yourself from buyers claiming that you never delivered when in fact you did. I still would recommend selling game codes though unless authorized by eBay to do so.

The Fatal Flaw With Selling DLCs

Even if you take all the precautions necessary there will still be a problem with selling Digital Editions of games. The problem arises when a buyer decides to open a dispute with PayPal saying that the download code didn't work. As seller how could you defend yourself against that charge? With a physical item you could at least show a picture of the item you sent as proof of it's condition. With a game code you could never prove the code was genuine or if it was genuine that you hadn't already used it yet yourself making it useless. Although it may be tempting to sell these items on eBay for quick dollar I have decided against it. It's better to take a more long term approach than risk getting burned (and perhaps banned by ebay) looking for a shortcut.